Skip to content
Cart
No reviews here today, just a quick write-up on the Cycle show from the NEC, Birmingham. It was my first year going as a Trade Customer, and the one big difference is......you can't buy anything! Slightly frustrating for a gear nut like myself, but after running into the same issue at several stands, I got the message. I was there to look at the stuff coming down the pipe for next year and to keep an eye out on clothing competition.....mostly in the base layer category. As far as I could see, Brynje are still the only company making all-year mesh base layer products. Yes, Rapha have an ultra thin summer mesh top...as do Castelli, but Brynje have the full year covered!
So, basically this is just an excuse to show pictures of new, shiny bikes!
Most of my musings around the show started with the imaginary line....."if I had the money I'd buy a ...." So here are the contenders. First, this beauty from the Germany company Storck. I prefer the all-black bikes they make, but this was a beauty, the Fenomalist G2.
Next was my beloved MTB Hard Tail. I know all the arguments for full sussers (and I have a Cannondale full sus!) but I still love the ride of a hard tail. This one from Rose looked awesome.....and also wins the longest name competiton....ROSE Psycho Path Team Ultra Sports Edition!
As you can see I'm just dumping them on the page in no particular order based entirely on the excitement factor!
This is the Condor Leggero, and specced as it was comes in at about $5,316.00. This was my next choice had I not bought my Enigma.......sulk.
Not on the list of desirables for me personally, but I was intrigued to see these new frame colours from Trek......
....However not as classy as Colnago......but then who is? 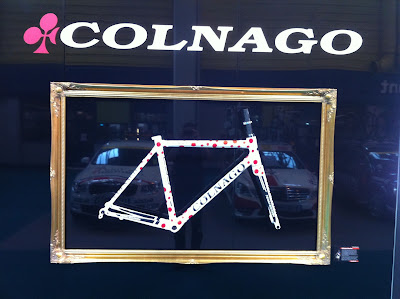 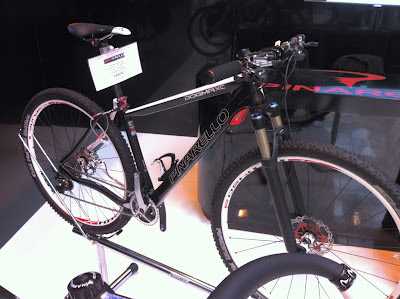 At the other end of the scale, but really hard to beat......(in fact I have not found anything to beat it) is Ribble. Check out this winter trainer/Audax bike for $874.00 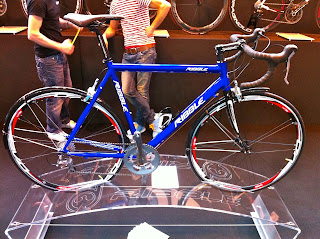 And now for something completely different! Most of us dream of giving up the job and heading around the world on a bike.......well, maybe 0.5% of us do.....the rest want to drive apparently! This is the Uber touring bike from Thorn.......the Nomad. 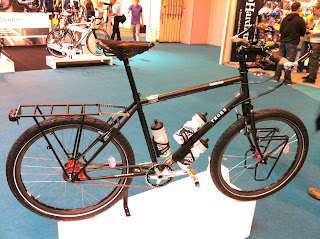 There are all kinds of options, but this one was kitted out with full front, rear and handlebar racks, super fancy and bombproof gear system, a jointed frame(so you can break it appart for transport) and three bottle cages......Stuff of dreams!
So that's just a quick taster of what's out there. Hope to get back to gear testing soon......will be up in North Wales climbing Tryfan on the 13th of October. Cheers